Showing posts from July, 2010
Show all

- July 27, 2010
City of San Diego losing thousands of dollars in lost revenue due to retail restaurants not recycling customers discarded beverage containers. I called Councilwoman Donna Frye's office today to alert her to the refusal of many restaurants like Panda Express that do not provide separate trash containers for recycling empty soda and water bottles purchased by customers. Even though the City of San Diego now requires-by-law residents to throw their recyclable containers into blue trash cans so the city can make money from recycled materials, many restaurants are not providing such containers. Customers are simply throwing out empty recyclable plastics in the regular trash containers of these restaurants because no alternative is provided. This is an unacceptable environmental problem and a loss of revenue for the city - revenue the city could use to pay for trash collection services being charged to the taxpayers. The City of San Diego's Recycling Ordinance was unanimously app
8 comments
Read more 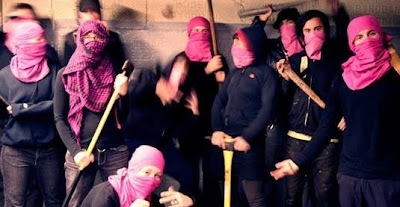 Same-Sex Marriage Now Legal in Argentina BUENOS AIRES – President Cristina Fernandez signed into law a bill authorizing same-sex marriage, a measure she said will make Argentine society “more egalitarian.” “Nothing was taken from anyone; rights were given to those who didn’t have them,” she said during a ceremony at the presidential palace attended by officials, leaders of gay and lesbian organizations and cultural figures who supported the initiative. Homosexual Activists Claim Penguins Are Gay: Shocked Penguins Drop Dead in Response. Dead penguins washing up in Brazil Hundreds of dead Magellanic penguins have washed ashore on beaches in Brazil this month, animal experts say. At least 500 have been reported in the Peruibe area, The Christian Science Monitor reported. The city is south of Sao Paulo. This is the latest in a series of global strikes by nature against areas of the world where homosexual activists are being empowered to spread homosexuality
38 comments
Read more

The dark & demonic warriors of Satan descended upon San Diego this weekend to promote the Gay Pride Parade & Festival: Why They Will Not Win This War!

- July 18, 2010
The dark and demonic warriors of Satan descended upon San Diego this weekend to promote the Gay Pride Parade and Festival. Despite having politicians and police officers, celebrities and gay marriage activists all marching for the Devil, the media reports that the forces of the radical gay agenda cannot complete their Sodomic takeover of San Diego. The San Diego Union Tribune reports, "Pride: Celebrating a battle still not won." They cannot win this battle, nor shall they win the battle in the future. For I have been annointed by God to make my stand in the midst of this battle and this Gay Goliath can go no farther then the ground I relinquish to the enemy. And, with the help of God, I shall not relinquish one single inch of territory to the enemies of the Lord of Heaven and Earth. "Of the Mighty Men of David's army was Shammah the son of Agee a Hararite. And the Philistines were gathered into a troop where there was a plot of ground full of lentils, and the peop
17 comments
Read more

Homosexual activists threaten to assault servicemen with sex abuse and drugs as part of plan to destroy U. S. military. 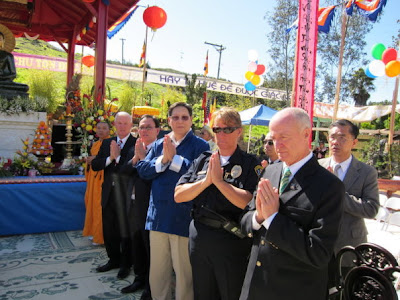 Ron Roberts is standing next to the Buddhist monk. Always the dapper dresser (Roberts, not the monk) Ron Roberts has earned a notorious reputation for misusing tax dollars for his personal jaunts to Asia. In this photo, Roberts attended this very recent Buddhist prayer event in San Diego during his taxpayer funded working hours. Is this what the voters approved Roberts to be doing when they elected him? How many tax dollars did San Diego County Supervisor and former mayoral candidate Ron Roberts use while attending this Buddhist religious event. Why are the police attending the event? Were they praying against the gang activities and drug dealers in the area? Is this approved behavior in the San Diego police department? And who is paying the salaries of these people to engage in religious activities in San Diego while the government is going bankrupt? Oh, by the way, Ron Roberts wants your vote for his re-election in November - just so he can get more tax subsidies for shrimp r
4 comments
Read more 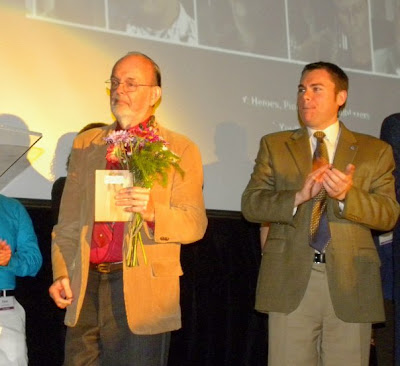 James Hartline Ministries ALERT - 24 Hours of Prayer and Fasting: Monday 6pm - Tuesday 6pm. On Tuesday morning, the San Diego City Council will once again seek to force homosexuality on the citizens of San Diego by issuing their annual Gay Pride Month proclamation. The mayor and the radicals on the San Diego city council issue this resolution in the name of all the citizens of San Diego - whether you like it or not. Each year, San Diego has been the central city in the national battle against the radicalized homosexual political movement. It was San Diego that triggered the statewide war over same-sex marriages and the ensuing Prop. 8 ballot initiative that rescinded the destructive state supreme court ruling legitimizing homosexual marriages. Each year, we have spiritually and politically resisted the entrenching special interests of the dark homosexual activist platform. photo of homosexual Republican councilman Carl DeMaio partying at the San Diego Gay and Lesbian Center whil
12 comments
Read more
More posts