Showing posts from December, 2012
Show all

Life and Death Battle for James Hartline during emergency surgery 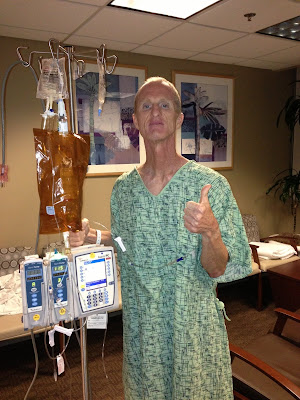 Here I am on Tuesday December 11, 2012 just prior to major emergency surgery. Pastor Jeff Burnell of Horizon Park Chapel visited with me and took the picture. My surgery was on Wednesday December 12th. The surgery was delayed for two days because the trauma surgery team had another trauma case rushed in to the operating room. Despite horrific pain and near death, I was still standing because Jesus is still standing. They had to open up my abdomen to remove my gall bladder, but because it was so infected it had glued to other organs and they could not remove the entire organ. I might have to have another surgery. I am still here and I am at home writing this note. These are the chronicles of James Hartline during the last days of this earth. I am making my stand in 2013! Are You Making Yours?
Post a Comment
Read more
More posts