Showing posts from October, 2012
Show all

Video features Romney praising Hitler and France which just happens to be the nation that Romney fled to for 3 years to avoid the draft and serving in the United States military during the Vietnam War. LDS Church, through Church News, praised Hitler, Nazi Germany   In 1933, the Mormon Cult was praising Adolph Hitler and his Nazi regime. In an article in the Mormon Cult newspaper The Deseret News titled, "Mormonism in the New Germany" cult writer Dale Cook wrote glowingly of Hitler, using almost identical language now used by Mormon Cultist Mitt Romney during his 2012 drive to takeover the United States presidency in 2012.   There are many similarites between the Mormon Cult and Nazism including the belief in a white superior race, cloning of a genetic superior breed that is free of what they classify as the undesireables (the 47%) and a messianic 1,000 year millenium reign which is to be ushered in by a "chosen one" leader of their cult. Titled, “M
Post a Comment
Read more 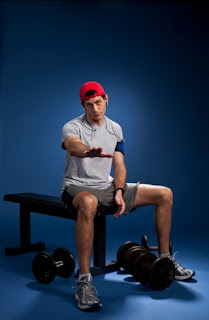 Here is Paul Ryan giving his Nazi salute as he promotes his physical fitness regime in a similar way that Hitler promoted his "superior" physical fitness prowess among his 3rd Reich military soldiers. Paul Ryan, a multi-millionaire congressman does promos with P90X obsessive physical fitness guru Tony Horton who has been affiliated with another Nazi regime promoter Arnold Schwarzenegger. Ryan is a part of the Romney theocratic plot of the Mormon Cult to establish a "superior" nation ruled by a superior race of Mormon elites. Take a good look at this photo. Seriously, is this what you are seeking to put in charge of the United States government?
Post a Comment
Read more

Is Willard "mitt" Romney really named after Willard, a 1971 Horror Movie about a Killer Rat? 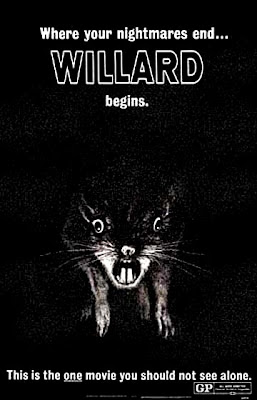 There are those conspiracy quacks who are so fond of using the president's full name, Barack Hussein Obama II, when attacking him as if his full name implies that he is Muslim. Yet, these same people never get around to using the full name of Mormon Cult republican nominee Willard "Mitt" Romney when campaigning for their Mormon Cult candidate. Perhaps their reasoning for refusing to only use Romney's nickname "mitt" rather than his Mormon birth name Willard could come from two different thoughts. Either, they are trying to hide the fact that Romney is named after Mormon Cult globalist billionaire John Willard Marriott, founder of the Marriott Hotel Corporation - or they realize that Willard was the name of a 1971 horror movie about a killer rat and the Mormon Cult-funded presidential campaign of Willard Romney is the 2012 remake of that movie. Hussein, Willard, the name defines the person - at least according to you political conspiracy quacks.
Post a Comment
Read more 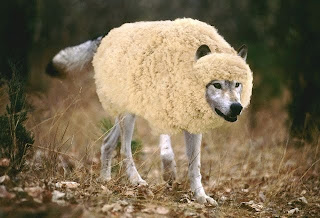 Mormon Cult leader Mitt Romney wearing his cult-required wool undergarment. "A hired hand will run when he sees a wolf coming. He will abandon the sheep because they don't belong to him and he isn't their shepherd. And so the wolf attacks them and scatters the flock. The hired hand runs away because he's working only for the money and doesn't really care about the sheep." John 10:12-13
Post a Comment
Read more
More posts