Showing posts from December, 2010
Show all

God Responds To Hate Video By Transvestite Calling For James Hartline to be "baptized".

- December 22, 2010
They put this hate video out on me in September to encourage people to "baptize me" with a demonic attack. Video service used by gay hatemongers is tied to "gay rights" group. Then on Saturday a homosexual activist physically assaulted me by throwing a cup of fluid in my face while I waited for the bus that he got from the 7/11. Hate Crime Committed Against Christian Activist James Hartline Inside of Hillcrest, San Diego's Gay Community God responded to the attack against me the next day by baptizing San Diego with mighty storms and floods and devastation. •Video: Poway Residents Deal With Flooding •Video: SKY10 Shows Widespread Flooding •Video: Storm Causes Flooding Across County •Video: Rain Creates Dangerous Roadways In North County •Video: Storm Forces Rising Waters, Rescues In South Bay •Video: Rain Pounds Soaked Coastal Areas Transformer Bursts Into Flame At SDG&E Substation Parking Lot, Field At Qualcomm Under Water Beloved, do not avenge yo
3 comments
Read more

On Hate Crimes During Gay Pride Event = San Diego Mayor Jerry Sanders in 2006: We'll Do Everything Within Our Power To Catch You"

- December 21, 2010
Persons of the year: Mayor Sanders and Police Chief Lansdowne Published Thursday, 07-Dec-2006 in issue 989 “I have a few choice words for the criminals who committed this vicious attack and for any others who are contemplating perpetrating such a crime: You are cowards. Make no mistake about it; if you commit such a crime, we will do everything within our power to catch you.” – Mayor Jerry Sanders in a press conference addressing the city following the hate crimes that took place Pride weekend in Balboa Park
Post a Comment
Read more 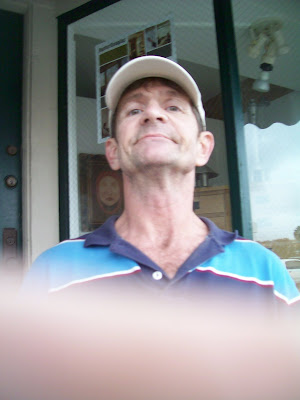 On Saturday at 12:25pm this homosexual activist assaulted me with a cup of fluid while I waited for the bus on University Ave in Hillcrest. He targeted me directly, issued death threats and threw a cup of fluid from the 7/11 in my face. He stated that he would do this every time I came to Hillcrest. In this photograph he is coming at me to try and knock the camera out of my hand. Law Enforcement and three city agencies are investigating the crime, video footage and photos. Fluid that hit the steps in front of Davis Furniture store that was thrown from cup at James Hartline by homosexual activist who walked directly from the 7/11 to target Hartline after he got cup of fluid from store. One witness that saw the event had called police to report the incident. The local patrol officers did not respond at that time. However, within 48 hours of the incident, multiple agencies had entered into the investigation. It is a serious state and federal crime if a person who is disease-infect
3 comments
Read more

Never Before Seen Photos of Demonic Men Coming After James Hartline - This has been going on for years in San Diego's gay community. 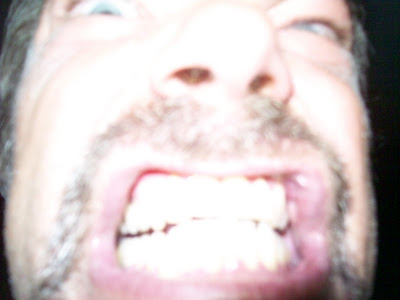 This man came at me like a demon to assault me. He was drunk at the bar in North Park called Blue Foot that the neighbors want to shut down. He was crazed and angry because I was protesting a fundraiser for Planned Parenthood at Mosaic Bar. He said he knew where I lived and would get me as he was screaming in my face. Standing up in this battle with these enemies is why I have little comfort in pew sitters.
Post a Comment
Read more